Flávia Lins e Silva was born in Rio de Janeiro in 1971. She studied journalism and has worked as a writer, scriptwriter and documentary filmmaker. She has published more than ten children’s and young adults’ books to date and won various awards. Her crossover novel MURURU NO AMAZONAS has been included in the prestigious catalogue The White Ravens. Her children’s series OS DETETIVES DO PRÉDIO AZUL has been adapted for TV Globo and has become a huge success. In Brazil, her successful PILAR series has sold over 230,000 copies. Nat Geo Kids developed the Pilarseries into an animated series for young audiences. The multiplatform destination is a joint venture between National Geographic and 21st Century Fox.

Pilar has also a blog where she talks about her adventures: > diariodepilar.wordpress.com 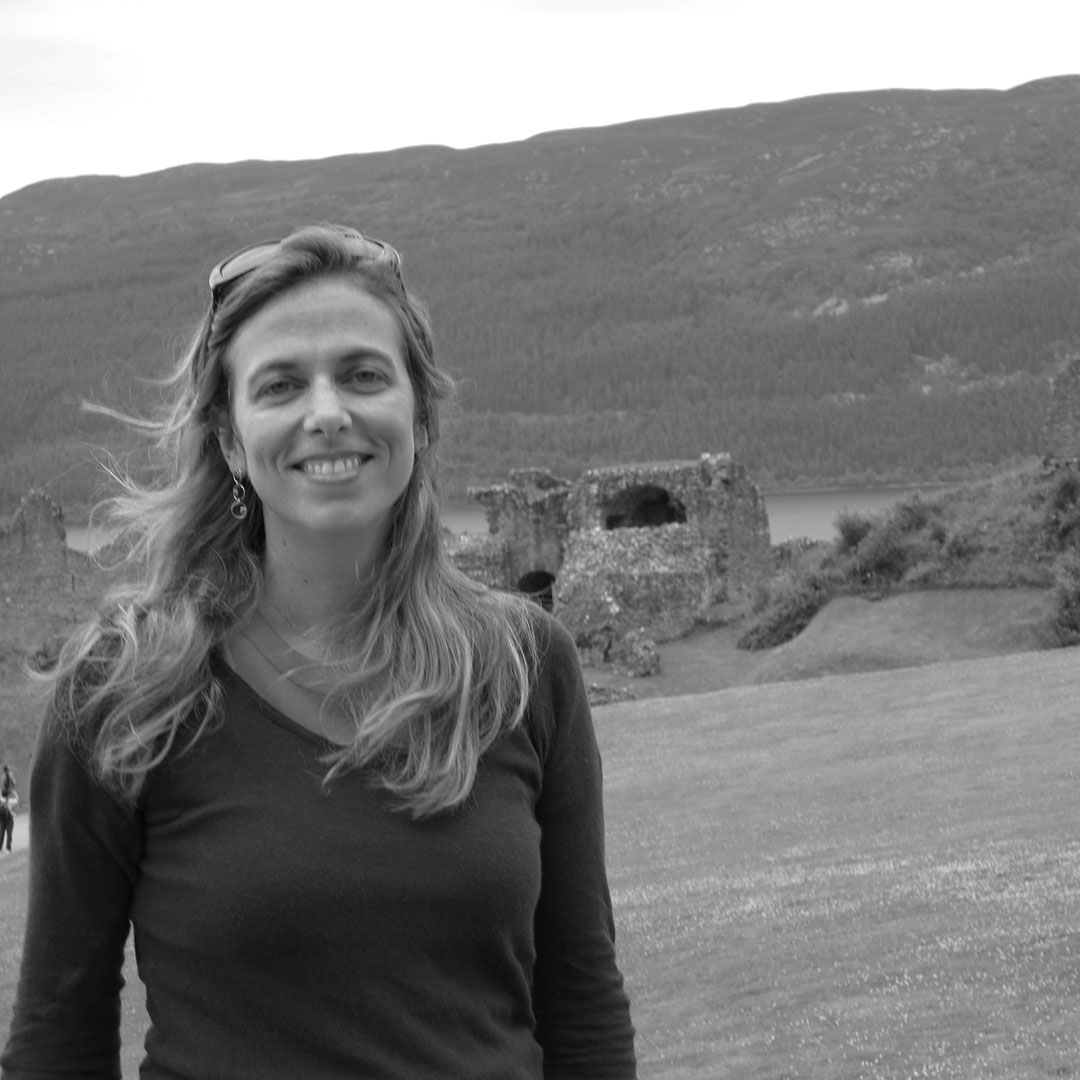 Pilar is a lively ten-year-old girl with a wonderfully vivid imagination. She lives in Rio de Janeiro with her mother and her cat Samba. Together with her best friend Breno, Pilar likes to escape her everyday troubles – in her magic hammock, which takes her to exotic and strange places all over the world. Taking up contemporary issues seen through the eyes of a curious and ingenious girl,the beautifully written Pilar series will charm both young readers and adults alike.

In this latest adventure, Pilar Goes to India (“Diário de Pilar na Índia”), Pilar, Breno and the cat Samba set off to India in search of self-knowledge, but this won‘t be just an inspirational trip. Right at the beginning of their journey, the friends meet Kamala, a young Bollywood actress looking for her brother, and together they undertake a long journey of incredible discoveries about the culture, the cuisine, and the spiritual and philosophical aspects of this fascinating country that is India. They get to know the Taj Mahal, the river Ganges and even the Dalai Lama in Dharmasala. Between yoga and meditation classes, they are enchanted by the teachings of Buddha and learn the story of Gandhi. But the most important question is kept to the end: will Pilar finally find her father this time?

In her latest adventure, Pilar Goes to China (“Diário de Pilar na China”), Pilar, her friend Breno and the cat Samba meet a girl called Fang Fang and together they try to save her family and her city, which was flooded when the Black Dragon’s fury stirred up the waters of the river. Along the way, Pilar also finds clues about the whereabouts of her father.

In Pilar Goes to Africa (“Diário de Pilar na África”), Pilar goes back to the past and arrives in The North of West Africa in the 18th century. She finds out that many local families are being arrested and sold as slaves. Pilar and Breno become friends with Funmilola, whose parents are missing. Together, they decide to travel to the South by elephant, zebra, and boat, looking for Funmi’s parents. On their way, they discover local food and local stories, but they also fight along with Queen Jinga and end up imprisoned in a slave ship. The ship takes them to Bahia, Brazil, the destination of many of the slaves in those days. Will they be able to escape and find Funmi’s parents?

In Pilar Goes to Machu Picchu (“Diário de Pilar em Machu Picchu”), Pilar travels to the sacred site of the ancient Inca to save her cat Samba from being sacrificed to the sun god Inti. Along the way, Pilar makes the acquaintance of a lama and reunites a new friend with her long-lost parents.

In Pilar Goes to the Amazon (“Diário de Pilar na Amazônia”), Pilar, Breno and Samba travel to the Amazon region to look for Pilar’s father, who disappeared years ago. Together with their new Brazilian friends, Pilar helps protect the rain forest, meeting legendary creatures of the jungle and learning the rites of the feared Amazon women. In an enchantingly light way, Pilar addresses profound topics that any reader can identify with.

In Pilar Goes to Egypt (“Diário de Pilar no Egito”), Pilar uses her magic hammock to escape from some trouble at school to Ancient Egypt. There she and her friends meet the boy Tutankhamun, who has been buried alive by his enemies. Embarking on an adventure to get back his throne, they learn a lot about the land and its fascinating culture, for example how papyrus was discovered. And Pilar even learns to write in hieroglyphics so she can protect her diary from prying eyes. Taking an interest in topics like gender equality and alphabetisation, this unusual and loveable character carries us straight into the world of the Egyptian gods.

In Pilar Goes to Greece (“Diário de Pilar na Grécia”), Pilar’s Grandpa Pedro leaves for Greece. In his wardrobe, Pilar finds a note he left her, together with a magic hammock. When she and Samba climb into it, they suddenly find themselves on a beautiful beach. Together they embark on incredible adventures and delve deep into the myths and legends of Ancient Greece. Writing in simple and endearing language, Flávia Lins e Silva manages to look straight into children’s hearts. Joana Penna’s illustrations turn the book into a real diary and a true treasure trove for any adventurous girl or boy.

Lins e Silva’s book Pilar’s Journey Notebook (“Caderno de Viagens de Pilar”) gives the reader the chance to create their own personal travel diary, writing and drawing and inventing along the way. With the help of Pilar, who is already a real expert in the field, everyone can get to know new cultures, learn new words and make new friends all over the globe. And become masters of the imagination.

In her crossover novel Mururu on the Amazon (“Mururu no Amazonas”), a tiny boat is cruising down the Amazon. On board is the girl Dorinha, who knows all the river’s secrets. Then she meets Piú, a boy who tastes of fruits, and water and earth come together. Piú joins her on her journey, but when he falls ill, only getting back to land can save him … The rhythm of this enchanting story follows the movement of the water, telling about the magic of first love.