Mónica Rojas was born in Puebla in 1983. She is a writer and ambassador for the Save the Children organization in Mexico. She worked as a journalist in the city where she was born. She has a Master’s degree in Spanish and Hispano-American Literature from the University of Barcelona, and is a doctoral candidate in Spanish-American Literature at the University of Zurich. As a children’s rights activist, she has published children’s books about migration, integration and the importance of access to good-quality education; her book EGLANTYNE JEBB: A LIFE DEDICATED TO CHILDHOOD (2019) was presented at the United Nations and has been translated into more than ten languages. She was a finalist for the IV Auguste Dupin Noir Prize in Spain with her forthcoming novel WOLF. Her stories have won various awards and have been published in Mexico, Spain, and Switzerland. 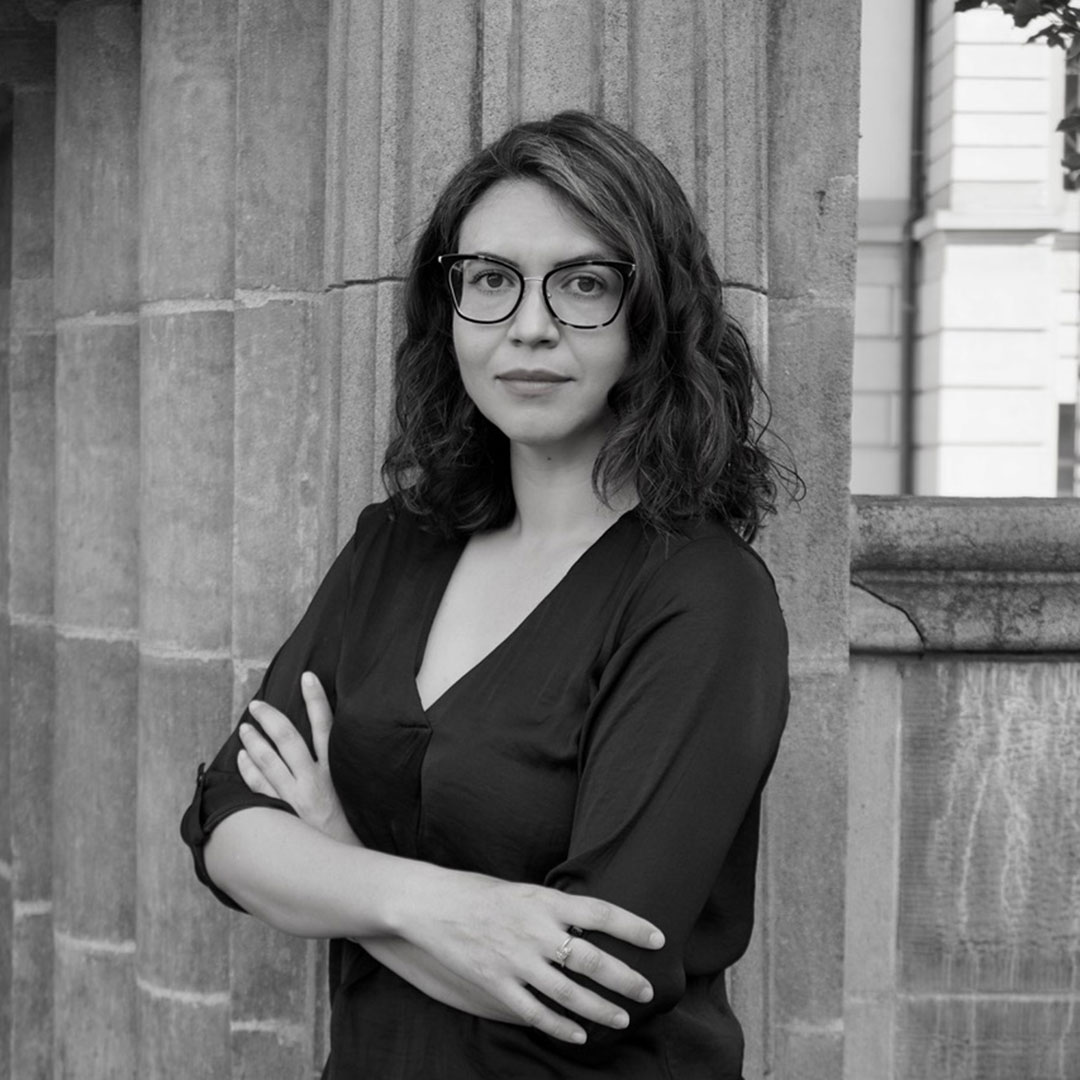 In August 1939, the Soviet Union and Nazi Germany signed the Ribbentrop-Molotov Pact in Moscow to divide Poland between them. In The Polish Girl (“La niña polaca”), Mónica Rojas tells the story of Ania’s family, deported from their native village of Komarno, in eastern Poland, to a Siberian gulag. Suddenly everything they had known, all the rituals of life, a happy and intimate environment, are lost and replaced by hunger, forced labour and death. Ania turns 15 on the train that takes them to Siberia, where they spend almost two years felling and stripping trees in winter, working in temperatures as low as minus forty degrees, sleeping in barracks where no one knows if the person sleeping next to them will survive the night, and always exposed to the violence and malice of the guards.

It was in this hell that Ania meets again the image of Cezlaw, her first love, dissipated between reality and imagination. And where she meets the serene Olga, an old woman enslaved in the gulag, who spends her days telling stories and reciting poems. Thanks to these two people, Ania is able to endure life until the liberation of the Poles following the amnesty signed at the leather and mahogany desks of the world’s leaders.

And now? And afterwards?
After crossing deserts and oceans, Ania and her family find a new homeland: Mexico. What does Poland have to do with Mexico? For them, everything and nothing. More than eight decades later, Ania and the Polish survivors of the gulag give voice to those who did not survive, to those who lost their homeland forever. And they convey a vital and hopeful message: a new homeland, a new future, can be found by preserving the memory of that loss.

»Literature is like the sea; art is also a succession of forms that strike themselves; it is like fire, like air, like the four elements, which are always, on the one hand unchangeable, and on the other hand always changing; such is the narrative of Mónica Rojas from Lobo to The Polish Girl.«
Chicago Tribune

»A moving novel that takes us into one of the darkest and most unknown periods of the Second World War.«
Elena Poniatowska

»It is a novel that crosses the barriers of genre, it is a historical account but also a poetic and intimate vision of what it means to grow up amidst ruin and to love in order to survive. You won’t stop reading it until the end. A necessary and beautiful novel.«
Pedro Ángel Palou

»It is a historical, political, and poetic account of a hidden tragedy of the Stalinist excesses, and at the same time a sentimental and sublime tale of the memory of a truncated life and of an eternal love that could not be.«
Jacobo Máchover

What do a poor boy, a rape, a boxing promoter, and an abandoned family have in common? In Mónica Rojas’ novel these are the elements that make up the dramatic story of “Lobo“. Lobo is the nickname of Lupe Quezada, the novel’s protagonist, in the boxing world. Lupe lives in Tijuana with his sister Diana and his alcoholic mother, who has not got over being abandoned by her husband. Diana is repeatedly raped at work by José Luis, her boss, and Lupe is not prepared to tolerate it. In a one-on-one fight, the strong, burly rapist dies under his furious blows. What Lupe doesn’t know is that José Luis is part of the city’s organised crime scene. Soon he feels persecuted. But Aníbal, the boss who would normally do a simple settling of scores, is also a boxing fanatic with an old dream. Fascinated by young Lupe’s prowess, he offers him a professional career under his patronage. The scrawny Lupe accepts without a second thought because he knows he owes him his life and sees in the proposal the possibility of having some prospects in the world for him and his sister. After years of training, Lupe’s rise is dazzling and Aníbal is proud. Their relationship resembles more and more that of father and son. Lupe is willing to do anything to please his benefactor, including dirty jobs. He is totally focused on his career. The young Celeste, initially paid by Aníbal to have sex with Lupe, soon becomes his mistress and even the mother of his child, but Lupe has no feelings for her. Everything gets complicated when Lobo and Aníbal’s fiancée Ana meet and Lobo has to decide between a few moments of happiness and love, versus his loyalty to Aníbal.

Mónica Rojas masterfully immerses us in a story of passionate confrontation, where the human condition of the protagonists, linked to the desire to be and to exist, leads us to live and suffer first-hand the feelings of each of the actors in this novel.

»Mónica Rojas is one of the latest revelations of Mexican literature, her voice is not only promising but also gives a new twist to the Hispanic American narrative; she is a clear reference that literature opens sensitive doors and changes susceptibilities.«
Chicago Tribune

»Those who delve into her writing will be at the mercy of a battle between simple prose and rhythm that enables you to feel every blow as if you were in the front row of a fight.«
Proceso

»From this starting point, the journalist entered the world of boxing, whose nooks and crannies and situations were until recently off-limits to women, in order to criticise “the world of the macho” and to discuss the gender roles that are played in society.«
La Jornada

»Sports fans will find a new perspective on boxers and readers will realise that there is no punch like a hook to the liver.«
Proceso

»In Lobo, journalist and writer Mónica Rojas lets those tools, which she acquired during her years as a crime reporter, flow in order to nourish every one of the pages with “dark” subjects, yet not from a spectacular, but from a more humane point of view.«
Leviatán

»Rojas has a particular sensitivity for telling crime stories from a human perspective. Her novel Lobo already reflects a voice of its own as a result of many years of exploring the soul.«
Martín Hernández Alcántara, diario La Jornada de Oriente

»The author took up boxing at the age of eight and has now chosen to step into the ring of the noir genre with her first novel, one that will take the reader out of their comfort zone and confront them with fear.«
Milenio

»This reading shocks the reader, nothing and no one remains untouched by the childish manhood of Lupe Quezada and his desire to take revenge to the extreme, not only to cleanse his sister’s honour, but also to prove to himself his social ascent as head of the family and provider of the welfare of his dismembered family unit.«
J. Jesús Lemus