Leticia Martin was born in Lomas del Mirador in 1975 and lives in Buenos Aires. She holds a Bachelor of Communication Science from the University of Buenos Aires and an International Postgraduate Degree in Cultural Management and Communication Policies. She teaches at the University of Palermo and the prestigious University of Cinema Foundation. Martin is a writer, a poet, and a cultural critic. She writes reviews of theatre, cinema and books. In 2017, she published the collection of essays Feminismos. She offers workshops for writers of different levels. In the second half of 2021 she will start teaching a seminar at the University of Quilmes, Buenos Aires, in the Creative Writing Degree with the subject Science Fiction Literature. A NEW NOISE, published in 2020, is her third novel.
For further information on her workshops, please visit also: > qejaediciones
> SEE RIGHTS SOLD LIST 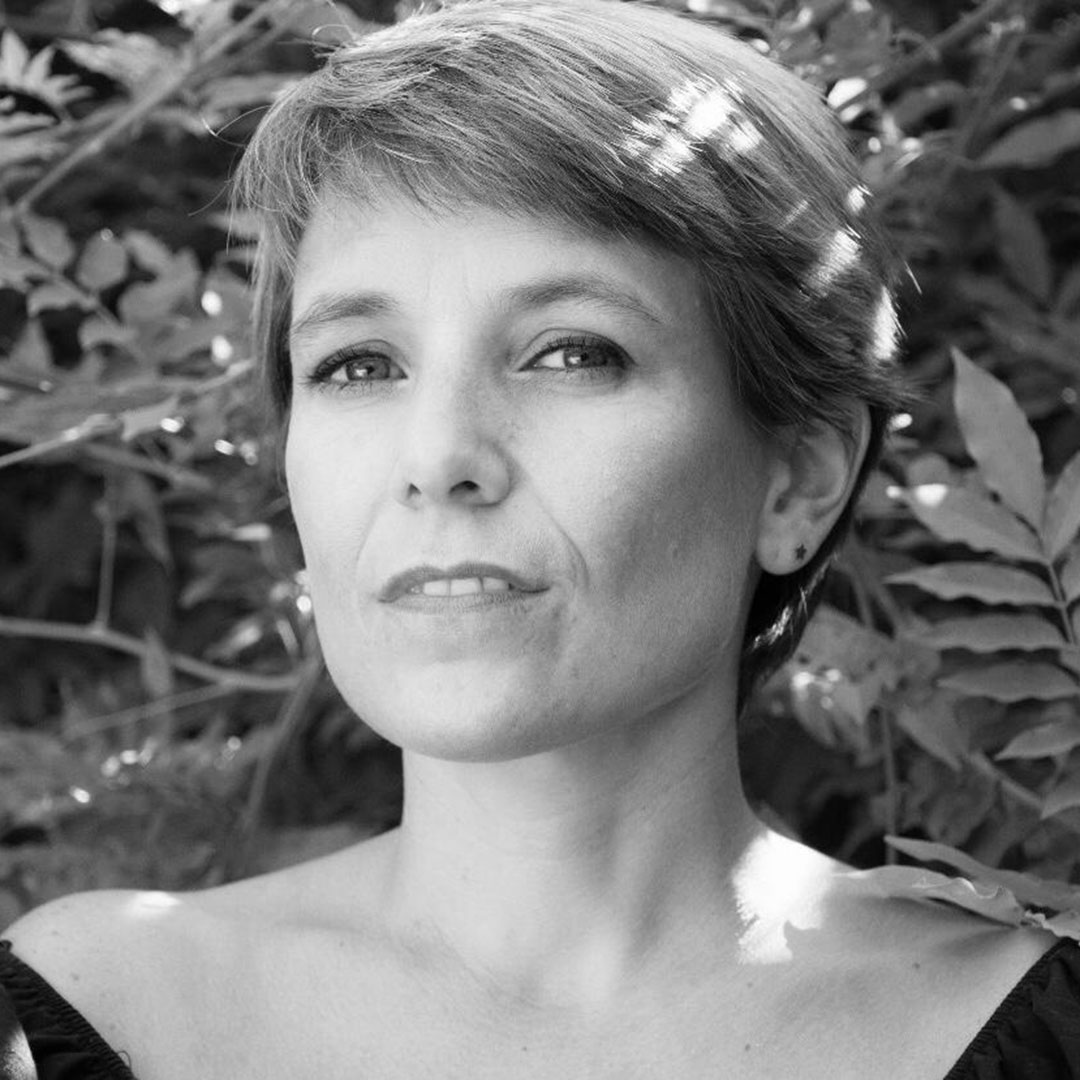 Leticia Martin‘s A New Noise (“Un ruido nuevo”) tells the story of modern family life, infidelity and the breakdown of marriage, with a metaphysical twist. Maria Lobo is the mother of three children, a wife, an advertising professional and a writer. She lives a comfortable middle-class life with her family in Buenos Aires. Her daily routine of transporting her children and going to work has recently been expanded to include visits to a creative writing guru and a psychoanalyst. Maria struggles to balance her authorial ambitions and her bad conscience about neglecting her children and her husband, Román. Her attempts to revive some passion with him fail. Then a romantic encounter with a colleague brings the problems to the surface in an explosive way, and her life begins to change rapidly. New Noise is a powerful and witty meditation on the tribulations of modern life from the perspective of a woman and her different roles. The metafictional element, combined with the fragmentary nature of the novel that reflects the protagonist‘s state of mind, is what makes the novel more than just a domestic drama. There is a wise irony in the way that the very conscious Maria tells her story, enriched by an excellent sense of comic timing, evident from the very first pages.

»Without sparing any intimate details, Leticia Martin questions herself as a woman and as a writer, in plain language full of irony. The novel is a tribute to the writers who crossed her path like embers and which she has appropriated to feed that immense fire with which she moves, securely, through the world.«
María Victoria Massaro

Martín struggles at home with his partner Cecilia: she is stubborn and self-centred. He diverts her with sex, and she uses the opportunity to make him pregnant. Estrógenos („Oestrogens“) plays in the future, in which the women refuse to give birth and men can get pregnant. Although Martín, at Cecilia’s insistence, has been undergoing hormone therapy for weeks, he feels surprised, but lets it happen. After the act, while his girlfriend gives a little cheer and then, as usual, takes a shower and goes to work, Martín buys a pregnancy test: Positive. He finds himself keeping silent at his workplace, for fear of degradation. It does not take long before a colleague, who has watched his protective hand movement over his belly, starts a rumour. After a short time his boss dismisses Martín on the pretext of a team restructuring. While he is still thinking about how to give the news to Cecilia, she tells him that she still feels much too young for family planning, and, by the way, has she met someone. She grabs her backpack and Martín remains alone, pregnant and unemployed. He looks for consolation in alcohol, and has an affair. While he is carrying on in a car park with his new flame, Greta, he is arrested. The government has decreed that every pregnant man must go to the nearest hospital without delay. Martín lives there like in a prison, while on the streets violent protests start. After his son is born, he finds a possibility to escape.The novel is brilliantly written and invariably captivates the reader. It can be read as a dystopia, but is astonishingly up-to-date in its sharp observations concerning the coexistence of men and women, technological development, and social order. What is the difference between the sexes today? Is everything desirable in terms of progress? What should be regulated by the state, and what reserved for privacy? Martín paints a gloomy picture without giving up hope. In the end, the father tells his son what happened, the circle of human life and tradition enters a new phase.

»Picking up from discussions recalling the malaise of Michel Houellebecq’s “The Elementary Particles”, Oestrogens updates the gap between biotechnological possibilities and their social (in)comprehension.«
Revista Ñ

»Two qualities of the novel impel me to carry on reading, but with a twist: its precise writing (…) and its ability to observe in capturing the conflicts encountered by pregnant women in contemporary life. Without politically correct filters. Moral and ethical dilemmas about biological intervention, humanism and feminism are put into question (…) not explicitly, but through actions and characters.«
La agenda, Verónica Boix